We departed Kathmandu in the afternoon and arrived in Decca at 6pm. We were surprised to be met by two parties at the messy airport. One was from the Government and the other from the National Council of Churches.  We decided to go with the officials who had arranged us to stay at the dormitory of the Sport Centre of the University of Decca.

We were received by Mr Mustafa and the dormitory was generally fine except that there were fleas in some of the beds! Paulina,who suffered from diarrhea and stomach pain, was kept awake by the fleas.

In the morning, we visited a family planning clinic and slums at Tongi and the Bangladesh Rice Research Institute.

We had lunch at Tongi and attended a VIP reception in the afternoon hosted by the National Council of Churches of Bangladesh. We met the local director of Caritas and a lot of young people. We were excited and sang and danced together with our new friends who were warm and most welcoming.

We visited the Shiralaja project in a villagerun operated by the Christian Committee Development in Bangladesh. We walked around the village and saw fish ponds, large peanut grounds, and a handicraft and carpentry class. There was also a sheep project.

Later we visited  Women’s Society Union Council which supported women involved in peanut planting, raising goats and fishing. We had some Bengali food at a local restaurant, Red Button.

Mr. Mustafa took us on a campus tour at the University of Decca in the morning. Unlike Hong Kong, Bangladesh situated in a delta is flat. Flooding is a serious problem during the monsoon season.

At lunch we met some enthusiastic and enterprising members of the Rotary Club and learnt about the business environment. We had a tour of a jute factory in the afternoon.

Mr. Rahman hosted a warm reception for us in his house. We had excellent food and his family sang for us.

We visited a MCC project inhabited by the Bihari people and had lunch with officials of MCC.

On the final day, we had a chance to see old Decca and did some last minute shopping.  At the farewell lunch hosted by Mr. Mustafa and Mr. Rahman, we met all our friends again. They were most hospitable and friendly and gave us a big lunch. In the afternoon we had an evaluation session with Mr. Datta before departure.

We returned to Hong Kong in the evening via Bangkok. At the airport, Rafia and I were held up by the immigration officers who questioned us over our visa. Our Bengali friends managed to persuade the officers to let us go. We were late and anxious to reach our friends in the waiting hall.  Twelve of us had to make our way to the door through throngs of people! We almost missed the plane.

At 10:30pm we arrived in Bangkok. As we had five hours transit time in Bangkok, we went to a night market to sample all sorts of street food. With a full stomach, we returned to the airport to board our connecting flight to Hong Kong at 3am. We arrived in Hong Kong at 7am on Saturday, June 17. (I recall the plane was full and few of us got upgraded to First Class. It’s the first and only time in my life that I have flied First Class!)

I am thrilled to be able to revisit the 1978 trip after some 34 years! This impossible task could not have been accomplished without the notes, record and photos provided by Paulina, Kong, Sam and Sandra.

We had done and learnt a lot! Though I do not remember exactly what I had seen during my visit to some 20 institutions/organisations/projects, the trip has a profound impact on me. 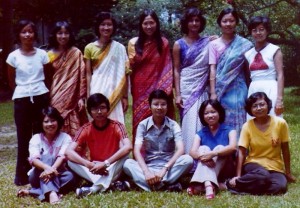 First, it was my second overseas trip which I and my 11 fellow classmates took charge. We planned and organised everything. It was the first time I was the tour leader. Through the process, we learnt and grew together, thus deepening our bond. As a result, I have gained many life-long friends.

Second, these three countries are totally different from Hong Kong and the western countries that I was more familiar with.  Though I could not remember most of the institutions and people I had visited or met, I found it an eye-opening experience.  The extent of poverty in some of the places was depressing.

Third, I am moved by the humility of people like Mother Teresa whose life mission is to help the poor and destitute. Though most people we have met are poor in terms of material comforts, they are warm, genuine and welcoming.

Fourth,the dry heat and dust in India and the train journey from Calcutta to Agra are unforgettable and worthwhile. Of all the places, I find Agra and Kathmandu most interesting and impressive. Taj Mahal is outstanding, awesome and exquisite. Indeed, all the historical and magnificent sites we had visited have been declared World Heritage Sites since 1978.

My memories of Calcutta, Delhi and Dacca are blurred. 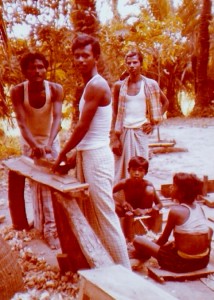 Last but not the least, I was mesmerised by the beauty of Nepal and fascinated by India in general and Kashmir in particular. Hence, I went to Kashmir in 1979 on my way to study in the UK, to Bombay in 1988, to Rajasthan, Agra and New Delhi in 2005 and Nepal twice in the last two years. I have since revisited all the places I visited in Agra and Kathmandu in 1978. Despite their World Heritage Sites status, I am sad to say that they have all lost their old charm, tranquility and purity as a result of mass tourism, over commercialisation and urbanisation. What is wrong? Can something be done to ensure sustainable development and preservation?

No doubt, India, Bangladesh and Nepal have developed and changed a lot since 1978. India will also overtake China as the most populous country in the world before the end of this decade. Despite the rapid development and impressive economic growth in some cities in India, these three countries are still developing countries with 25 % to 40% of the population below the poverty line as indicated in the table below. 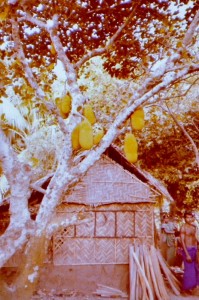 These three countries are still beset with problems. During my last visit to India in 2005 and Nepal in 2011, I found lots of changes. But, the developments are, in my humble view, far from satisfactory.

Though fewer people die from hunger and malnutrition these days, a substantial proportion of the population still live below the poverty line in the rural areas. Natural disasters such as monsoon and torrential rain still threaten both the life and livelihood of millions of people living in the delta region in Bangladesh.

There are more people, traffic, pollution, garbage, unsightly and ugly buildings and inadequate infrastructure. In 2005 when I was travelling in Rajasthan, I was surprised that the national highway round the Indian sub-continent was yet to be completed. Though I travelled in an air-conditioned compartment from Agra to Delhi, I was sad to see many Indians crowded together in compartments with barb-wired. The thought that passengers would be burnt alive in case of fire is scaring.

I believe growing population, uneven development and distribution of wealth, inappropriate policies and poor planning, unstable and incompetent government have hindered long-term planning and sustainable development. Sadly, international aids and donations might also not have been fully utilised. What needs to be done?

Anyway, I still find India, the seventh largest and the second most populous country in the world fascinating. I have already been to Delhi, Agra in Uttar Pradesh, Calcutta in West Bengal, Srinagar in Kashmir, Chandigarh in Punjab, Mumbai in Maharashtra and Udaipur, Jodhpur, Jaipur, Bharatpur and Pushkar in Rajasthan. But there is so much to see. I hope to make an overland trip to see the whole sub-con